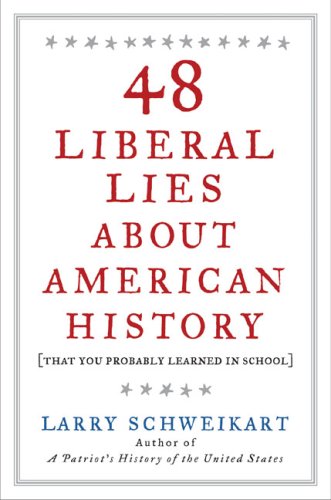 Larry Schweikart wrote a fantastic book called "48 Liberal Lies About American History". Some of the things that he goes over is:
The book looks to be a very interesting read, and provides a great insight as to why most Americans, especially the "Better Educated" Americans think the way they do about our country.

The Following video gives a bit longish 45 Min. Interview with the Author, but I find it very interesting. Being a history buff, I guess I'm a bit biased, but hopefully you'll like it as much as I did.
Posted by NoSocialism.com at Tuesday, February 10, 2009