This video that I found probably explains what's going on in the Housing Market better than practically any other one that I've found and it highlights the type of thinking that Obama has when it comes to economic policies. He wants to use Government as a tool to advance the Middle class, when let's face it. Government has NEVER been able to do anything other than get out of the way to help people get ahead. Sure government is useful to keep people from starving and barely provide a living, but when it comes to really improving our lives all of that is squarely in our hands and there's nothing that government can do to make it better. They CAN however make it worse, by taxing and regulating us to death.
What amazes me is that there are actually polls showing that Obama is benefiting from the Housing implosion, even though most of the evidence points to the Democrats mostly being at fault here. As far back as 2004 the Bush Administration tried and failed to regulate these institutions and the Democrats did everything they could to keep those companies from any regulation. McCain picked up on this and has tried again and again in 2005, 2006 and 2007 to regulate these entities but was stopped by the Democrats every time.

One of the primary points of the video is that the CRA is what caused this whole mess, but in truth probably 80 to 90% of the loans didn't fall under the CRA. However, with that said, it was the lowering of the Standards to Accommodate the CRA that allowed the abuses in the system. People used the whole "No Money Down" mentality to buy homes as investments, especially here in Florida where you could basically buy a home "Pre-Construction" for a lower price, and once it's built turn around and sell it for a higher price. Problem was there were too many investors and in the end not enough homeowners to sell to.
Where was Obama in this? Obama actually sued Citibank for not providing enough of these CRA Loans. In addition during the years when McCain was trying to get regulations passed on these institutions, Obama was silent while raking in the cash.
Want more proof of Obama's failed economic policies utilizing Government as a tool of change? Obama's plan to revitalize Chicago's inner cities with Rezko 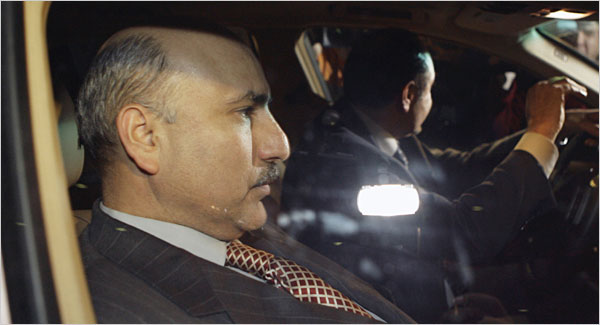 Posted by NoSocialism.com at Wednesday, October 01, 2008